If you’ve been in Max Seibald’s lacrosse camp, it would be a safe bet to assume that Max is the kind of athlete who things have always come easy to. You would probably think that growing up, Max could have had his pick at which sport he focused on becoming a professional athlete in. After all, the accolades are endless: Ivy League Rookie of the Year Award; Tewaaraton Trophy for the most Outstanding Collegiate Player; Leading Cornell to an undefeated season; 2nd Overall Draft Pick in the MLL; Posting a world record breaking fastest shot; Nike spokesman; Team USA squad selection at the last two world championships; and part of the 2010 World Championship winning USA Team. The list goes on. 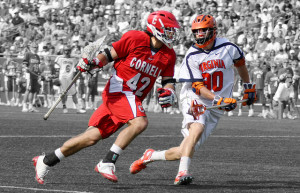 We recently spent some time with our Specialty Lacrosse Camp coach to uncover some of the hidden stories that he had from his past. What he shared with us was an incredible account of grit, struggle and determination with lessons for anyone interested in competing seriously as a lacrosse player.

It began during Max’s freshman fall at Cornell University, where he had been a top high school recruit. Every friday morning, the Cornell squad would undergo a rigorous training session, the thoughts of which caused most players to experience a sleepless night beforehand. It would begin with a 5am wake-up followed by a session that would put all players through their paces with great levels of mental and physical challenge.

At this stage in the season, the team as a whole had been under-performing so in an attempt to apply some pressure, the head coach sent out an email the night before the Friday AM workout titled “Test Of Will.” It was a call to action to all players to step up their game, 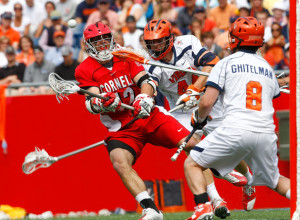 That next morning, the head coach took the lead in the training session by declaring “When I say walk, you walk. When I say jog, you jog. When I say sprint, you sprint and nobody stops until I say stop.” What followed was a grueling display of athletes being pushed to their maximum limits, during which Max found himself at the bottom of the class. “I was one of the guys on the team that struggled the most.” As the session prolonged, Max eventually found it difficult to go past a very slow jog. It was at this stage that the pressure from the coaches began to mount as Max found his will being tested as he was told to ‘Quit’ and ‘Stop letting the team down.’ At the point where Max found himself completely drained mentally and physically, barely able to put one foot in front of the other and being lapped by other squad members, two of his teammates put their arms around him. They helped encourage him and carried some of the physical weight as well. Max made it through the session, despite his body aching for days after.

The NJY Camps specialty lacrosse camp coach describes this ordeal as “one of the worst and best experiences of my life.” To realize that his team mates had his back was a monumental turning point for his future career and since that day, Max claims that he has never been challenged with something either on or off the field that he has doubted himself on being able to complete. 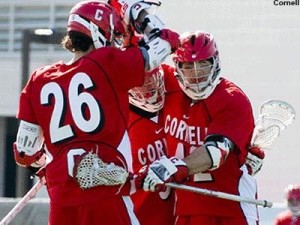 “This day shaped me a great deal. It taught me that I could push myself to limits and achieve things I never thought I could. And it taught me the power of a team and that to achieve my maximum potential I need the support of those around me,” the lacrosse camp coach commented.

Next summer, when you see Max teaching his lacrosse camp at the NJY Camps fields, or perhaps even if you’re one of the campers receiving his instruction – you’ll do well to remember the same lessons that Max learnt about the importance of teammates as well as the importance of self belief, grit and determination.