How did Jewish Chess Grandmaster Kaidanov Come To Be In America?

When it comes to learning chess at camp, you can’t beat hands on instruction from an international Grandmaster! Gregory Kaidanov, who grew up in Russia, now resides in Lexington, Kentucky, perhaps not the most expected of places to find a Jewish chess Grandmaster! So we caught up with the great Gregory to hear his story of overcoming obstacles and difficulties in arriving at where he is now.

In 1990, Gregory and his wife visited the US for the first time as tourists. As part of his trip, Gregory played a round-robin tournament at the very famous and prestigious Manhattan Chess Club. Gregory recalls going into the last round, one point behind the world-class Soviet chess Grandmaster, Efim Geller. Kaidanov’s last game was in fact against Geller, whom he beat, meaning that him and Geller shared the title on points – a great chess honor! 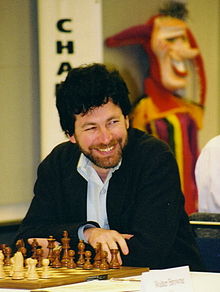 After spending time in New York, Gregory’s next stop would be Chicago to visit long-time friend and chess Grandmaster Dmitry Gurevich. However, a number of unforeseen events took place in New York, which would leave Gregory and his wife in a horrible position. First, all of their luggage was stolen from their car one evening. What made the matter worse was that this luggage included 10 years worth of chess work that Gregory kept in a portfolio – all now gone.

The following day, Gregory and his wife were then robbed, losing all their money and even their plane tickets. Gregory refused to go outside for the next two days, feeling down on his luck. At this point, all he wanted was to return to Russia. But instead he gets a call from his friend Dmitry Gurevich in Chicago – urging him to still come and visit. Gregory agreed and in an attempt to help his friend, Gurevich made some phone calls to try and find compensation for Gregory’s losses. He connected Gregory with Ken Troutman from Lexington, Kentucky, who helped make arrangements for Gregory to play two simultaneous chess matches as well as a chess tournament in Louisville. After competing and impressing those around him, Ken invited Gregory to spend a year in Kentucky teaching chess – an incredible offer and one that Gregory found hard to believe. 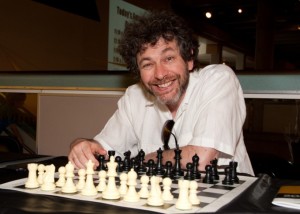 Gregory’s next stop on the trip was to Las Vegas after which, he and his wife were due to fly back to Moscow. Gregory never expected Ken’s offer to actualize, but without Gregory’s knowledge, Ken had spent the next few days working out the logistics of acquiring a work visa for Gregory and his wife to make the whole thing possible.

In December of 1991, Gregory and his wife arrived in Lexington receiving fantastic treatment from a network of people who have since become their closest friends. In Gregory’s words: “I watch all Wildcats games, sing ‘My Old Kentucky Home’ and have no plans to move out in the near future.” 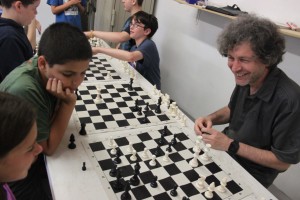 Since 2012, Gregory has made the trip from Lexington to our camps, to become part of our network of expert specialty camp instructors. Each summer, Gregory brings the game of chess alive to our campers providing them with insight from the career of a Grandmaster!