If you play baseball at camp, you’ll know Ron Blomberg. Ron has partnered with NJY Camps for 10 years in their baseball camp and brings with him a seasoned career from the NY Yankees in the MLB and a temperament that makes him so suited to camp life. 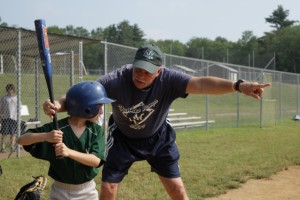 He’s fun, he’s encouraging and everyone is his ‘Big Guy’. But what some might not know about our Baseball Camp pro, is that in his day, he was one of the top athletes around. The Georgia born Jew had over 300 scholarship offers to schools around the country to play either college baseball, football or basketball. Instead, he went first overall in the MLB draft, moving to New York to play for the Yankees and live a childhood dream that most would have had.

In 1973, Ron changed the game of baseball forever. The Yankees were just about to break camp in Fort Lauderdale, FL. Ron had a torn hamstring, which ordinarily would have put him on the injured list, but the team didn’t want to take this action, since Ron was coming off of a great season of hitting. Instead, he underwent various medical procedures to try and get him healed enough to be able to play in the 1973 season. 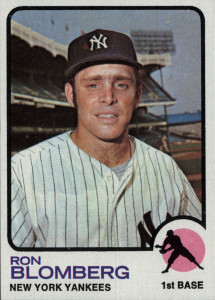 As the team flew to Boston to play the Red Sox at Fenway Park, Ron, recalls the manager then, Ralph Houk asking him if he could play, to which Ron said “of course. I want to hit.” So having flown into Boston, unsure of what the situation was going to be, Ron sees his name on the team list, batting 5th as the Designated Hitter. This was a new rule that had just come into effect in the American league and the NJY Camps Baseball Camp instructor had no idea of what it would soon mean.

Ron was called up to bat, number 5 in the line-up of the 1st inning. He recalls getting a walk, while the bases were loaded, helping the Yankees to score a run. The next batter got out forcing the inning to be over. And just like that, Ron made history, in a surprisingly low key fashion. The Yankees went on to lose 13-5 in that game, but that moment of Ron Blomberg stepping up to bat, changed the game of baseball forever. 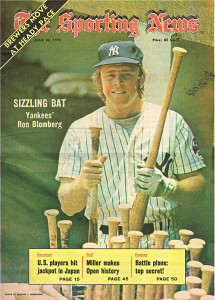 Ron comments “I had no idea what a DH was, I thought it was just a glorified pinch hitter.” After the game, the president of the National Baseball Hall of Fame and Museum in Cooperstown asked for the bat that Ron used in that 1st inning. Ron signed it and it now sits at Cooperstown for all to see (including the NJY Camps Baseball Camp participants on any of their visits during the summer). Now, 43 years later, Ron looks back with amazement. A position, which at the time paid Ron $15,000 a year, is now the highest paid position in baseball with players making on average $7-10 million a year (and some, like Alex Rodriguez making a lot more!) 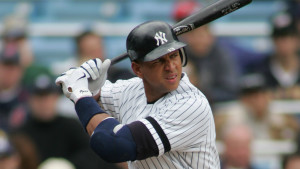 April 6 1973 was the day that made baseball history. It was picked up by ever major newspaper in the country. The DH rule, even today is contentious, dividing much of the baseball community between those who love it and those who loathe it. Ron gets to be the subject of questions on Jeopardy, the age old board game of trivial pursuit and even a chance at winning $500,000 on Who Wants To Be A Millionaire. Still today, the baseball camp instructor regularly receives letters requesting his autograph.

Ron wrote an auto biography, detailing his life in professional baseball, growing up as a modest Jewish boy in the South and making it in the Major Leagues as a pro. The title of his book: Designated Hebrew! And for that, Ron Blomberg will go down in history in more ways than one. 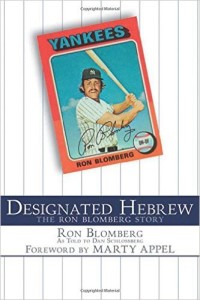