One of the highlights of the TSC Experience is the ability to learn from expert professionals who have achieved great success in their field. The knowledge and training that they are able to offer campers is what makes the learning experience so rich. Across all of our specialty camp activities we work with professional coaches, athletes, academic institutions and other communal organizations and companies. 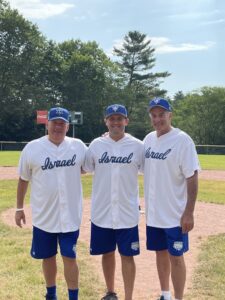 Adam Gladstone – Assistant GM and Director of Baseball Operations for Team Israel at the 2020 Tokyo Olympics and 2023 World Baseball Classic
Adam Gladstone joins TEAM with a diverse baseball background ranging from Maccabi Baseball to Major League Baseball. In 2014, Gladstone was hired by Orioles GM Dan Duquette and manager Buck Showalter to become the Orioles first ever Instant Replay Coordinator. Gladstone joined the Israel National Team in 2012 as the Assistant General Manager and Director of Baseball Operations, serving in that role for the 2017 World Baseball Classic Club and the 2020 Israel Olympic Club. He will also be serving that role in March of 2023 for the World Baseball Classic. Adam’s time in the game has exposed him to the strategies, philosophies and game management from those that have played, coached and managed at the game’s highest level.

Nate Mulberg was the First Base Coach for Team Israel at the 2020 Tokyo Olympics, where Israel finished 5th in the world. He is also the Assistant Baseball Coach/Recruiting Coordinator at the University of Richmond, a Division I school in Richmond, Virginia. At Richmond, Mulberg works with the team’s catchers and hitters, while directing the team’s national recruiting efforts. A four-year starting shortstop at the University of Rochester, Mulberg was also a member of the 2009 USA Gold Medalist Baseball Team at the 2009 Maccabiah. Coach Mulberg is entering his 7th year coaching in College Baseball.

Barry Weinberg worked as an athletic trainer in the MLB for over 30 years. He first served as the assistant trainer of the New York Yankees from 1979-1981. He then was head trainer for the Oakland Athletics from 1982-1997. Weinberg worked the 1987 All-Star Game and 1993 All-Star Game. He then followed Tony LaRussa to the St. Louis Cardinals and had been head trainer with them for 14 years ending in a World Series Championship in 2011. He worked the 2005 All-Star Game and 2009 All-Star Game on the National League side. An expert in his field, he has lectured internationally, written numerous articles for athletic training publications, produced training videos and served as clinician at many local and national symposia.

The New York Red Bulls are an American professional soccer club that compete as a member of the Eastern Conference of Major League Soccer (MLS). The club’s first team have attracted many world famed soccer players during the franchise’s history, including Thierry Henry, but beyond the elite level, The NY Red Bulls are regarded to have one of the most comprehensive talent development programs in the US for the game of soccer. NJY Camps had the fortunate privilege of becoming a NY Red Bulls training partner in 2018 and as a result receive the benefits of a specialty soccer camp instructed by a top level licensed coach of the NY Red Bulls and it’s first rate player progression curriculum. 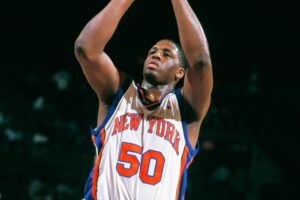 TEAM Basketball featuring Michael Sweetney of the National Basketball Association (NBA) are a partnership group aiming to bring elite sports instruction to our campers. In partnering with them for our specialty basketball program, campers receive top level instruction from a qualified coach and clinician that has had real NBA experience! Sign up today to learn from the pros!

Rich Benvin is currently a tennis professional at the Addison Reserve Country Club in Delray Beach, Florida. Rich is not only a USPTR Certified Tennis Professional but also a former ATP Player and WTA Coach. Rich coached Brenda Shultz-McCarthy, ranked #9 in the world in 1996. She reached the quarterfinals at Wimbledon as well as the quarterfinals in singles and the finals in doubles with Gabriela Sabatini at the U.S. Open in 1995. Rich coached Kellen Damico, the #5 world-ranked junior in 2007, Wimbledon junior doubles winner and doubles finalist at the Junior Australian Open in 2006. He also coached Julia O’Loughlin, who at the age of 12, was ranked No. 1 in the U.S. Rich helped her obtain a full scholarship with the USTA High Performance Academy in Boca Raton, FL.